With the Clean Air Zone in Birmingham coming into force officially from the 1st June 2021, AAC have taken the time to review the scheme.

In 2017 Defra & the Department for Transport (DfT) released the ‘UK plan for tackling roadside nitrogen dioxide concentrations’ document. The government set out the following ‘ambitions’ within the overview document:

Along with a package of infrastructure, initiatives and grants, the plan requires local authorities to produce local action plans by March 2018, with the aim of reducing the air quality concentrations below the objective as soon as practically possible, should they be predicting exceedances of the air quality objectives beyond 2020.

So is Air Quality Really an Issue in Birmingham?

Air quality has long been an issue in Birmingham and the West Midlands, as it is for much of the United Kingdom. Although air quality improvements have been observed in Birmingham through a number of measures implemented by the council and the declaration of an Air Quality Management Area (AQMA) for the whole jurisdiction, the nitrogen dioxide levels in some parts of the city are still exceeding the annual mean objective.

Where Does the Clean Air Zone Cover?

The Clean Air Zone will cover all the roads within the A4540 Middleway Ring Road, but not the Middleway itself (See figure below). 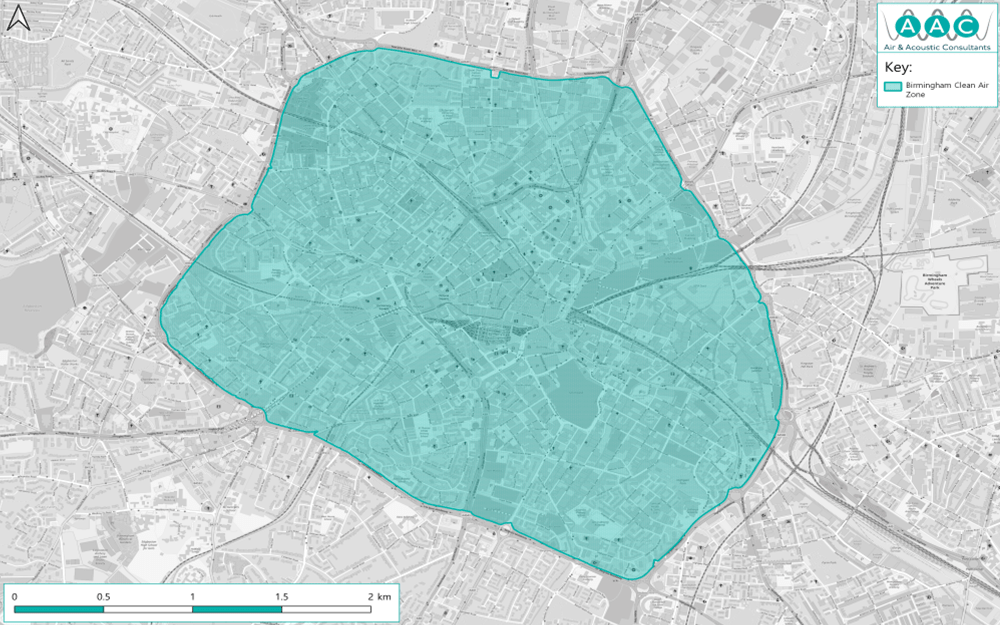 How Much Will it Cost to Enter?

The zone will be a charging Category D, meaning the following vehicles will be charged if they do not meet the criteria set out below:

Should a vehicle enter the CAZ that is not complaint, they will be charged a daily fee as set out below:

It should be noted that the CAZ is in operation 24/7 for 365 days of the year, and vehicles that pay this fee can enter the CAZ as many times as they want in one day. It will be monitored using a network of automatic number plate recognition cameras (ANPR), with many signs also being installed around the A450 and adjacent roads warning motorists before entering the CAZ.

In theory an improvement in the vehicular fleet composition and potential reductions in vehicular volumes should see an overall reductions in concentrations. Due to the current global pandemic and the impacts this had on vehicular volumes, it has not been possible to compare the changes in concentrations of similar schemes, such as the Bath CAZ implemented in March of this year. With the lockdown restrictions now easing up, AAC are interested to see over the coming months and year how this scheme will improvement air quality within the CAZ, and what impact the scheme will have on air quality in the surrounding areas outside the CAZ.

BACK TO NEWS
Recent Posts
Archives